Kelly McCaw – Former Councillor of City of Belleville, ON

Kelly McCaw is a councillor of the City of Belleville. She was first elected in 2018 and was re-elected on October 22, 2018. As a councillor, she is a part-time employee of the City.

She ran for re-election in the 2022 municipal election, but was not re-elected.

McCaw was born and raised in Belleville. She graduated from Loyalist College.

McCaw was a realtor for 25 years with Royal LePage and retired in 2014.

In 2018, she sought the Conservative Party of Canada’s nomination for the Bay of Quinte riding in the 2019 federal election.

The two main issues she is focused on in this election are the housing crisis and improving the effectiveness of the Quinte Humane Society.

“I have some ideas about how we can help and change that, help get some more affordable housing by adding secondary units and homes, lifting some of the city regulations to do so, and maybe offering some type of grant process to do it.”

“I hope to bring a coalition together between Quinte West, Prince Edward County and Belleville that would see the funding for the operations of the Quinte Humane Society.”

Other issues she says she wants to tackle are funding new park equipment for children to play on and reducing development fees to attract more people to move to the city.

The younger generation are struggling to find affordable homes to purchase.  That  coupled with the shortage of rental supply  is having a devastating affect on young individuals, young families and empty nesters looking to downsize and retire.

Real estate investor Signs have been consistently appearing on every corner offering to buy houses and our community mailboxes have been filled with these same repeated offers and to what end.

What is considered by many the Biggest Housing Crisis experienced in this region.

One of the largest complaints with health care, new industry and with the local builders/ construction companies is the lack of skilled workers and skilled trades.

Health Care workers are in great demand both in long term care facilities as well as in private home care businesses.

Given the shortage of long term care beds, many families are in need of private home care and are looking to personal support workers(RPN) and Registered Practical Nurses(RPN) to work within private residences.  This is adding to the demand for these types of positions.

On running for Conservative party nomination

Regarding supporting homeless who are not from Hastings County

Belleville Councillor Kelly McCaw called for a reduction in the funding for Grace Inn homeless shelter:

“I can’t really agree to allocate the total funding to Grace Inn unless they’re prepared to commit to us that they’re going to service our residents entirely first and foremost.” – Source

“Neighbouring municipalities are actually delivering their homeless people to our region in hopes of accessing support such as at the Grace Inn” “We should be getting a place for our own people before any other community and some of these people coming here are from across Canada,” “The City of Belleville used to do the same thing prior to Grace Inn, so this is not a new thing.” – Source

“Belleville and Hastings County are main funding contributors to the Grace Inn, and I personally expect that our residents should be housed first and given priority,” said McCaw, referring to a staff report that showed 31 per cent of those using the city’s only emergency shelter aren’t actually from Belleville.

Regarding the Liberal government

“There has just been too many missteps by the Liberal government,” said McCaw. “From the Summer Jobs Program to the ballooning budget, it’s time for a change. I also think that Conservative values and free speech are under attack and I’d like to take the fight to Ottawa and I think that would be a good thing.” – Source

“Justin Trudeau’s ‘peoplekind’ comment and other ideals don’t sit well with me. My mother is still my mother and if my father was still here he would still be my father. I don’t think we need to be genderless.” – Source

Regarding defunding the police

In a response to a template-letter form submission to council expressing their support for reallocating 10% of the annual police budget to metnal health and other social services, McCaw’s made it clear that rethinking police or reallocating funding to complimentary services was unacceptable, telling the constituent to “think for themselves” instead of “reciting the divisive hyperbole of others” and “you cannot possibly believe this misguided rhetoric” and referring to criticisms raised by the defund the police movement as inaccurate, inflammatory, irresponsible and indefensible.

“I would say that if you are not prepared to stand behind your police force, then feel free to stand in front of them and see exactly the kind of work they do!”

After the death of long-time Coun. Pat Culhane in 2020, City Council was given two options on how they could fill the vacant council position:

Historically, the appointees have been runners-up from past elections, in part due to the cost of a special by-election being a minimum of $200,000.

Council voted on whether or not to appoint Coun. Tyler Allsopp, who was the next in-line by votes, but it failed in a 4-4 tie, with Coun. Sandison, McCaw, Kelly and Mayor Panciuk voting against it. A motion to strike a committee also failed.

Panciuk then created an ad hoc committee led by McCaw, and six handpicked members of the community to appoint a member of the public, giving regard to those who identify as female or non-binary, or who represent other elements of diversity in our community such as sexual orientation, indigenous status, race and/or disability.

Coun. McCaw, Sandison and Mayor Mitch Panciuk approved the report to appoint the selected individual, but Coun. Kelly cast a tie-breaking vote not to receive it.

After the strong public support of appointing Allsop, five days later, council voted 7 to 1 to appoint Allsopp, with only Coun. McCaw voting against.

June 2020 – Shelter director Jodie Jenkins stated that the purchase was conditional on provincial and federal funding.

August 2020 – The Ministry of Municipal Affairs and Housing announced a second phase of Social Services Relief Funding (SSRF 2), including $954,853 for County of Hastings, which oversees Belleville’s community housing and social services.

In August 2020, McCaw was contacted by residents nearby with concerns about lack of transparency of the purchase, and how they could afford to purchase a property on South Front Street when they didn’t have funds to run their operations on Church Street as evidenced by a Facebook post request for $100,000, she echoed their concerns and started investigating:

“The residents in that area had concerns that the money that was provided by the city of Belleville and Hastings County was going towards what they considered “wealth-building” as opposed to operations of the current Grace Inn Shelter on Church Street.”

“The concerns were that those monies were being used to purchase real estate rather than for their intended purpose of feeding and housing the less fortunate as well as operating the existing premises at Church Street.”

Prior to 2022, the City had given a total of $148,000 to Grace Inn since it opened in 2019. According to Grace Inn’s 2020, 2021 and 2022 budgets, this amounts to less than 5% of its operating revenue, with the bulk being provided through Hasting’s County from provincial and federal government programs.

Kelly McCaw is a mother of two.

McCaw has been a strong advocate of the Quinte Humane Society throughout her time on council, which has benefited from a $1 million loan from the City for building a new centre.

She is against what she refers to as “uninvested investors” – individuals and businesses from outside the region who derive any benefits from within the area. This includes:

However, when it comes to the other pillar of her campaign – housing – it seems she lacks a wholistic understanding of the housing crisis and isn’t up to date on how Hastings County’s – which provides community housing and social services to Belleville – is allocating its funds.

During an ongoing housing crisis, she is interested in:

All too often, when her statements or stances are questioned by constituents, she responds in a defensive, adversarial or even outright dismissive way, rather than engaging in constructive discussions.

She “represent all taxpayers thoroughly”, but even when there is public outcry and strong support for an issue, be it cannabis stores or the appointment of Coun. Allsop, she maintains her position. In summary, it seems, some of her constituents are made more equal than others.

What do you think of Kelly McCaw as a councillor/candidate for Belleville? 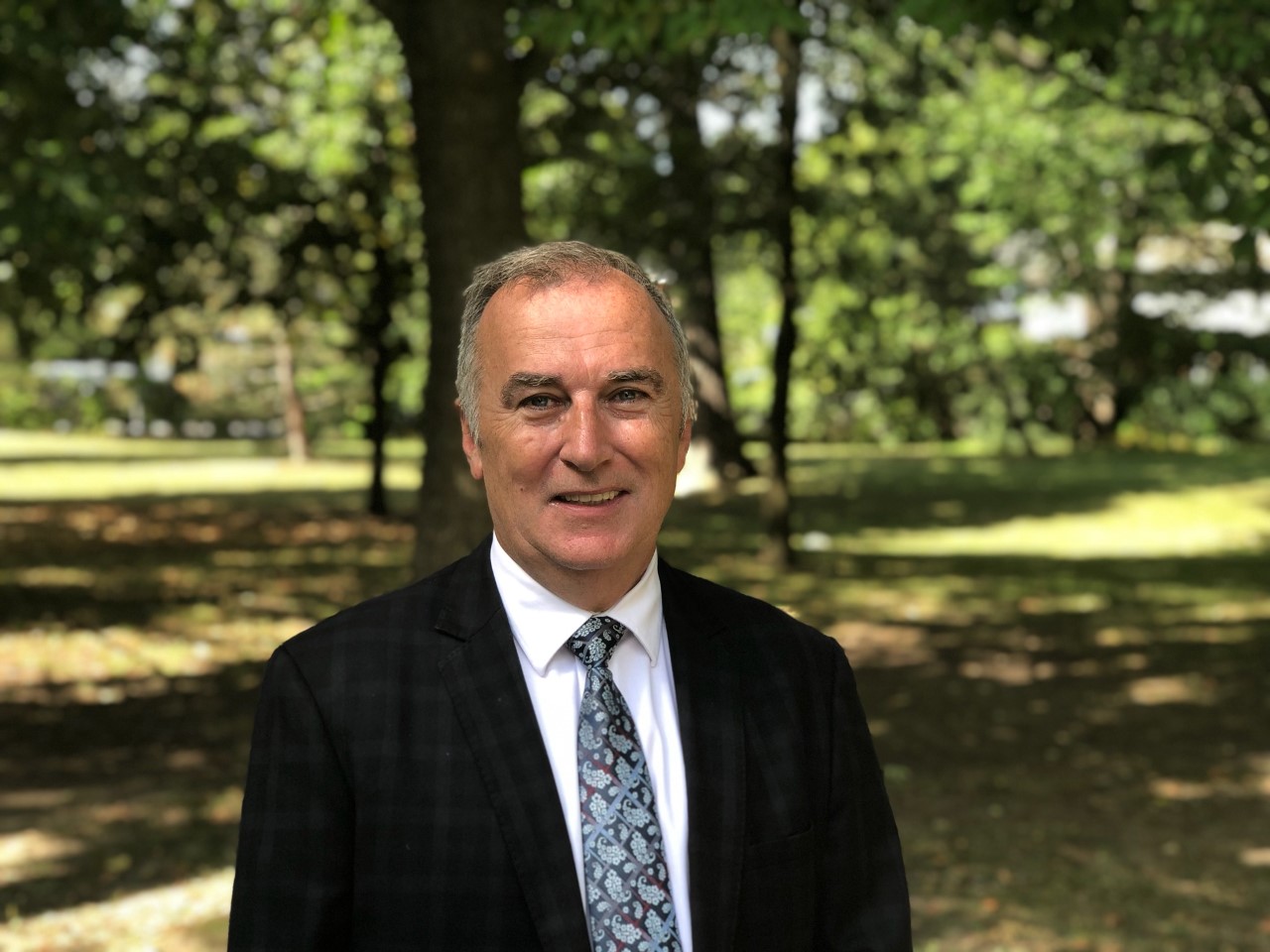 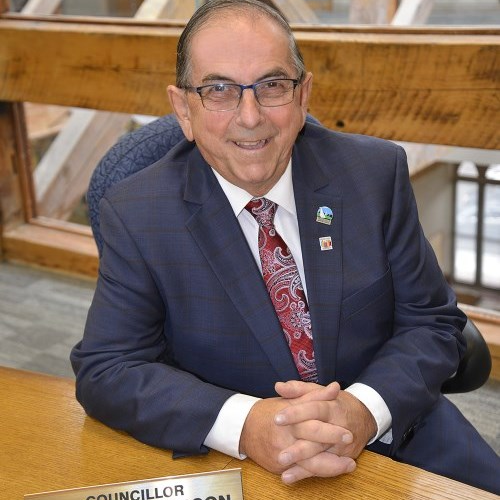